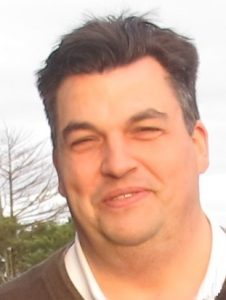 It is now 30 August 2016. THIRTY months from the date from commencement of construction. The house is still not complete.

ADDED ON 16 OCTOBER 2016 AFTER SHANE HAS NOT PROGRESSED ANY WORK FOR MANY MONTHS, DESPITE REPEATED REMINDERS:

Fix the water stagnation issue on the upper balcony roof, else the roof will rust and water will leak into the house in a big way

Fix the leak in the toilet seat in the powder room on first floor – photo has been provided.

Repair tile at the main entrance (near stairs) and trim the stair to avoid tripping.

Repair the storm water exit from the root in the back side of the house – water spills everywhere during rain, indicating either a blockage or damage.

Repair the damage to the door frames from nails from wooden blocks that prevented access – as requirement for the occupancy certificate.

INCOMPLETE ITEMS FROM THE MAIN CONTRACT

Laundry stairs: Either these are installed as per the contract or an offset for not installing it agreed, with only a permanent screen door installed, instead (a screen door is part of the original contract).

Linen cupboard: Fix shelf in the cupboard on the upper level of the house (just one shelf will do, instead of multiple shelves in the original contract)

Incomplete carpentry work: 1) external door for entrance to the area below the house; 2) Agreed defects identified in the the New Home Inspections report and signed by Shane Guymer as works requiring completion.

Structural defects rectification: These are the agreed structural issues from the New Home Inspections report.

And anything else that was agreed as per contract but not listed here.

Upon Shane Guymer not responding to repeated emails and SMSs, we lodged a complaint with Consumer Affairs Victoria. Today, CAV have closed the complaint on the ground that he refused to respond to them. Extract from CAV’s email below. And, of course, it is now more than 34 months since official commencement of construction of the house, and it is not yet complete.

I spoke with Ms Sabhlok at length today and she will be sending me an email overnight setting out building defects and contractual issues that are still to be addressed which I will forward to you tomorrow. I remind you that Ms Sabhlok and her family took possession under a conditional OP which needs to be addressed.

Further I advised that ‘CAV cannot conciliate such domestic building disputes unless you engage in the process and are willing to work towards an agreed outcome’.

As the options available to progress are limited, I asked the builder to consider whether he was prepared to complete the building contract or make a commercial decision to settle. I also advised that I would be happy to meet with him at his business premises to try to develop ways to move forward. Unfortunately the builder has not responded to CAV. This means that CAV is unable to conciliate.

CAV aims for its conciliation process to be open and transparent, to be direct and clear in communication and for both parties to understand each other’s position and work towards a resolution. The builder has been afforded ample opportunity to address the issues raised in this complaint. CAV suggests that you obtain legal advice regarding your next steps that may include an application to the Victorian Civil and Administrative Tribunal (VCAT) for a determination.

CAV has also advised you to contact the RBS for advice on your next steps.

This entry was posted in Guymer Lynnch Shane Guymer.